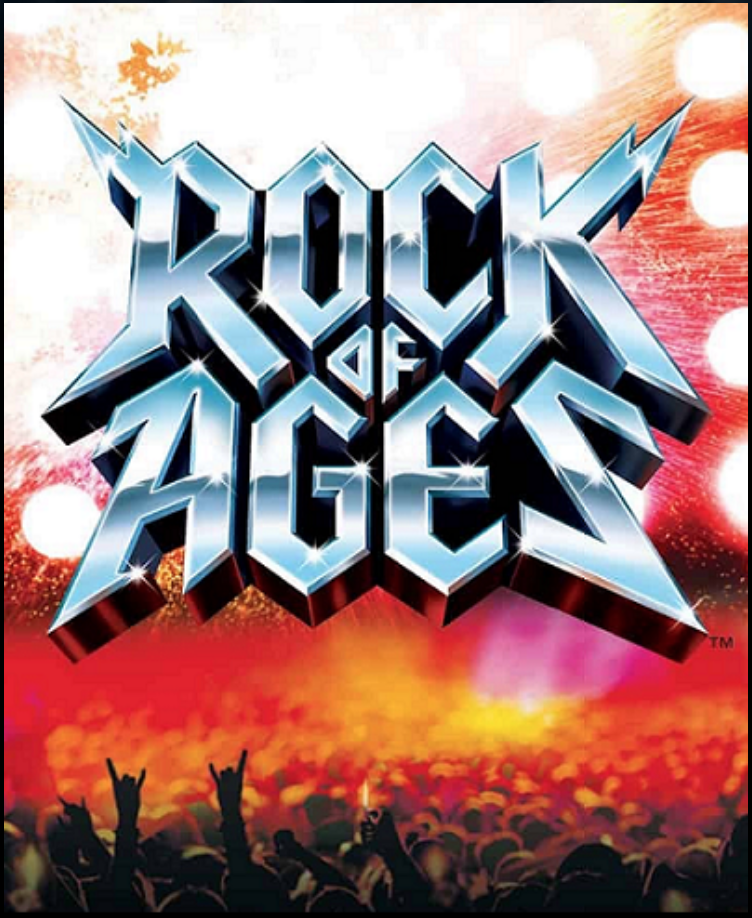 Rock of Ages is coming to the Icehouse Amphitheater for the first two weekends in August (August 5th, 6th, 11th, 12th & 13th). The gates will open at 7:00 PM for food trucks, drinks, and a whole lotta fun. The show will begin at 8:30 PM
Relive the greatest rock hits of the 80’s with the help of in-show pyrotechnics and rockin’ live band. You won’t want to miss the rock musical of the century!
Show Description: It’s the tail end of the 1980’s, and the fabled West Hollywood club, the Bourbon Room, is the seedy, sordid, vibrant heart of the Sunset Strip. The music venue has seen better days, but as run by chilled-out former rocker impresario Dennis Dupree, and tended to by Dennis’s mischievous assistant Lonny, it is the essences of rock and roll. When bright-eyed young hopeful Sherrie Christian, a small-town girl who wants to be make it as an actress, arrives in town, she bumps into Drew, a Bourbon Room busboy with dreams of rock and roll stardom. Love-struck Drew convinces Dennis to hire Sherrie, and the stage seem set for their romance. But when the Mayor of West Hollywood, persuaded by a couple of scheming German real estate developers, announces his intention to demolish the Bourbon Room and the entire gritty Sunset Strip, the stakes are raised. Dennis convinces rock god Stacee Jaxx, lead singer of megaband Arsenal, to play the band’s last show at the Bourbon Room, hopeful that the money raised will stop the building from being demolished. Bu Stacee, a man of massive charisma and massive ego, leaves destruction in his wake, sleeping with Sherrie and getting knocked out of his own band before the concert is over. Amid violent anti-demolition protest, Sherrie flees to a nearby strip club, and Drews falls into the clutches of a boy band. Who can save the Bourbon Room, the young lovers, and the feuding Germans? Only Lonny, the “dramatic conjurer,” knows for sure. Rock of Ages is a big, brash, energetic tribute to classic rock, over-the-top ballads and fierce guitar, and the gritty glamour and rough energy of the Sunset Strip. This jukebox musical features 80’s hits such as “We Built this City”, “I Wanna Rock”, and “Don’t Stop Believin”.
SHOW RATING:PG-13 (Drug/Alcohol Use, Mild Adult Themes, and Adult Language)
**ROCK OF AGES is presented by arrangement with Concord Theatricals**