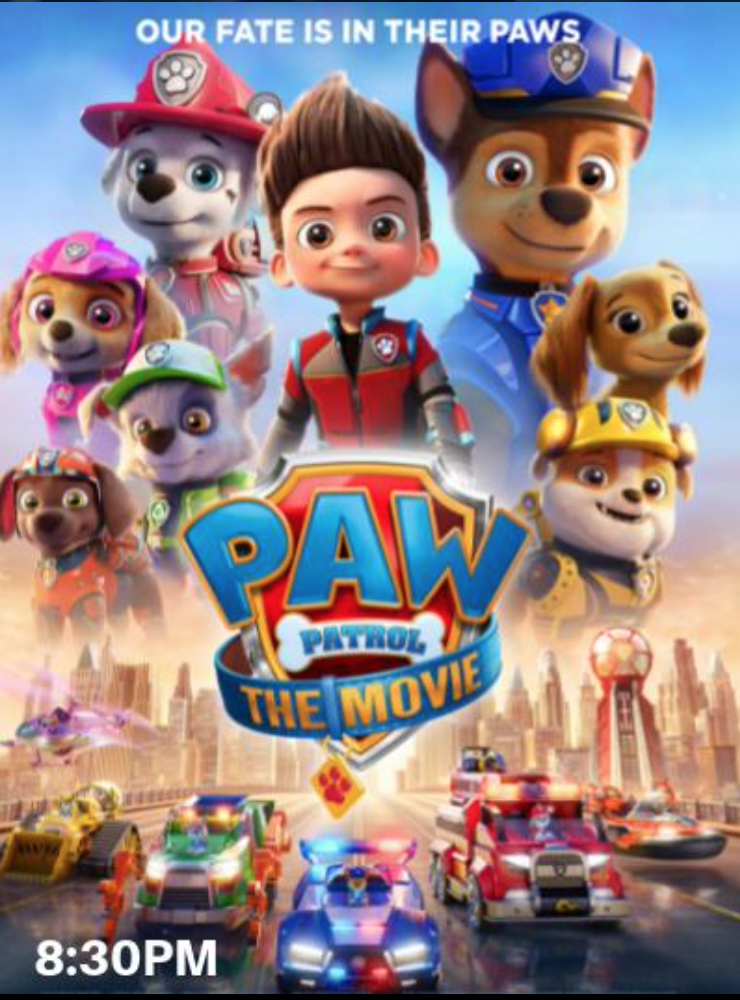 Join the Icehouse Amphitheater for a showing of PAW Patrol: The Movie. This movie is rated G.
The PAW Patrol is on a roll…in their first big-screen adventure! When their rival, Humdinger, becomes Mayor of nearby Adventure City and starts wreaking havoc, Ryder and the heroic pups kick into high gear to face the most challenging mission of their PAW Patrol careers. Along the way, the team finds help from a new ally, the savvy dachshund Liberty, and together the PAW Patrol fights to save the citizens of Adventure City! Can the PAW Patrol save the city before it’s too late? After all, no city’s too big, no pup’s too small!